These aren't necessarily the best first lines in books ever to be written, but I still think they're pretty accomplished and make you want to read more: 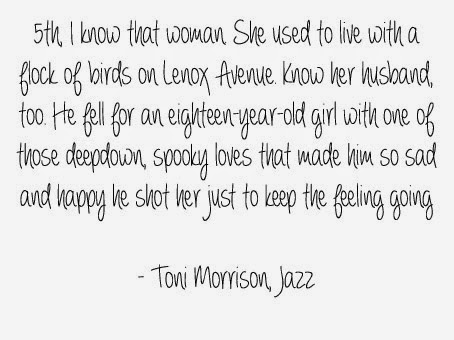 "5th, I know that woman. She used to live with a flock of birds on Lenox Avenue. Know her husband, too. He fell for an eighteen-year-old girl with one of those deepdown, spooky loves that made him so sad and happy he shot her just to keep the feeling going."
Toni Morrison, Jazz
2. 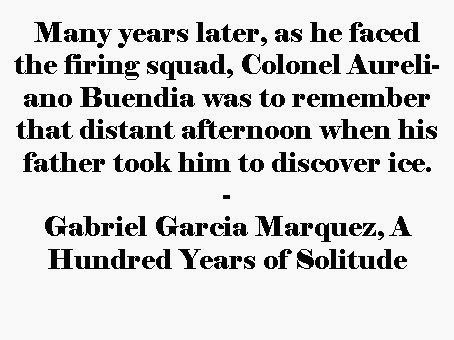 "Many years later, as he faced the firing squad, Colonel Aureliano Buendía was to remember that distant afternoon when his father took him to discover ice." 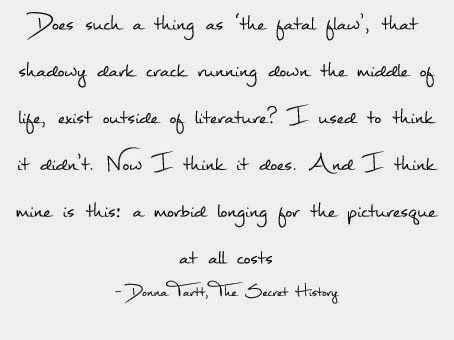 "Does such a thing as ‘the fatal flaw’, that shadowy dark crack running down the middle of life, exist outside of literature? I used to think it didn’t. Now I think it does. And I think mine is this: a morbid longing for the picturesque at all costs." 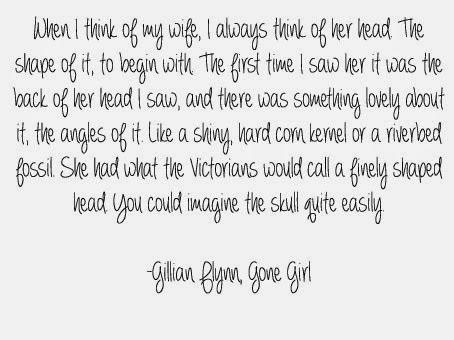 "When I think of my wife, I always think of her head. The shape of it, to begin with. The first time I saw her it was the back of her head I saw, and there was something lovely about it, the angles of it. Like a shiny, hard corn kernel or a riverbed fossil. She had what the Victorians would call a finely shaped head. You could imagine the skull quite easily."

What do you think of my choices? Do you have a favourite opening line?
Email ThisBlogThis!Share to TwitterShare to FacebookShare to Pinterest
Labels: first lines, ideas, inspiration, list, literature, novels, opening lines, Quote, quotes from books