After reading Wild Seed in April I've been on the hunt for some more Octivia Butler. My local library is sadly lacking the patternister series, but they did have Kindred.

The Plot: Dana has just moved to a new house with her husband, whilst unpacking boxes she begins to feel nauseous and dizzy, her home disappears and she finds herself by the edge of a river. She has been transported to nineteenth century Maryland, an extremely dangerous place for a black woman. Luckily, just as she is threatened with a gun, she returns to her apartment, but this sorjourn is the start of a terrifying pattern where she is thrown between the two time periods, and endangered in both.

Though this novel is classed as science fiction, I'd say it would also comfortably fit in historical fiction. Yes, there is timetravel, but the novel also accurately and authentically documents  the brutality of slavery and the reality of live of a southern plantation. Though there is graphic desciptions of whipping and rape, the parts that struck a chord with me were more subtle. There is small paragraph were the children of the field-hands are playing a game, in which they are sold. It's heartbreaking.  Throughout the novel there is implicit and explicit examples of how people were conditioned to accept slavery. Of course people rebelled, and tried to escape, but a lot of people were dehumanized so effectively that they were unable to resist.

Dana's modern day perspective enhances the novel. There is a tension between her modern day attitude, and the way she must conform to help her survive. I have found in previous novels I've read that authors project their modern sensibilities on past, especially if it is a white author writing about slavery. With Kindred parallels can be made between contemporary race issues, without sacrificing the authenticity of the past. Dana first views herself as an observer, distinct from her situation, but comes to realise that she can't separate herself from history. Her experience in the past impact on her future. This is a powerful metaphor for how the history of the slave trade, racism and oppression, are not in a vacuum but have a direct influence on modern society.

Dana's husband, Kevin, is pulled into the past with her and there is an obvious division between their treatment and experience as he is a white man. Even though Kevin witness slavery firsthand, he cannot fully comprehend how it effects Dana. This narrative clearly illustrates how difficult it is too see past their own privilege, and though people can empathise with the oppressed, they can never truly understand how it feels unless they have experienced it for themselves. 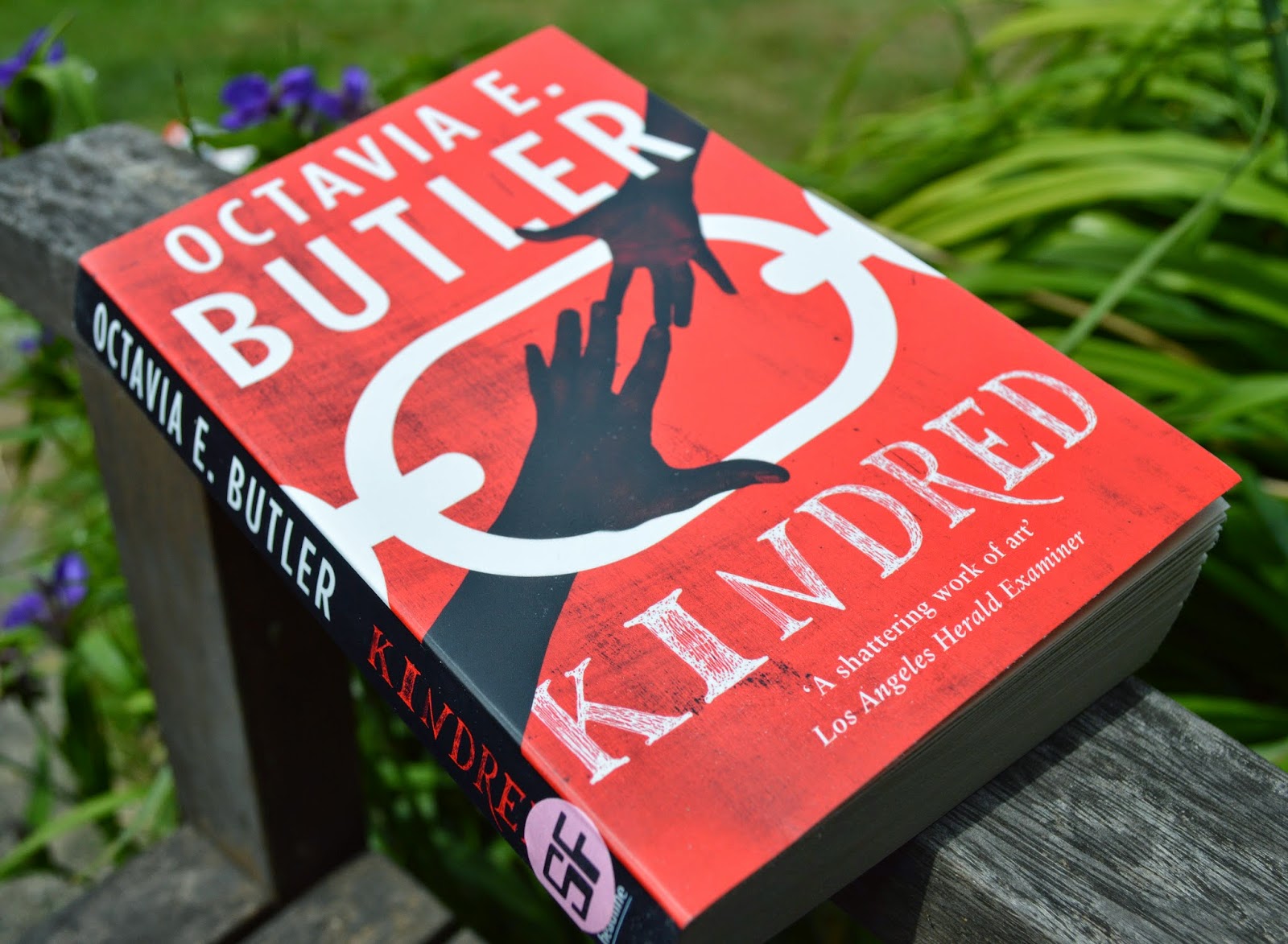 Kindred would be a fantastic resource to use when teaching the history of slavery. As well as having a strong message and helping to elucidate themes of race and privilege in both the past and present, Kindred is a well written, innovative story.  Characters are developed and complex, I had a vested interest in Dana's well-being and lives of other secondary characters. There is a lot of tragedy in the novel, but I never once felt desensitised to it, each horrible event had an impression on me.

The relationship between Dana and Rufus underpins the entire narrative. Rufus is Dana's ancestor, a white son of the plantation owner, Dana is pulled to his time to prevent him being injured. Their interaction drives the narrative, Dana optimistically tries to exert influence over him, to try and force him to see black people as equals, or as a bare minimum as human. I don't want to spoil the novel, so I won't say if she succeeds or not.