I ordered The Coldest Girl in Coldtown after reading a kindle sample last month, and it lived up to my exceptions. Trash is the best way, a proper guilty pleasure read.


The Plot: Vampirism is regarded as an infectious disease, those who are bitten are quarantined in Coldtowns, and have the choice of either drinking human blood and completing the transition, or resisting the urge for eighty-eight days and remaining human. Either way, they're trapped in the Coldtown. When Tana wakes up after a party surrounded by her dead friend, she knows vampires were the cause. After rescuing her infected ex-boyfriend Aidan and a crazed, chained up vampire called Gavriel, the three make their way to the nearest Coldtown. Tana, Aidan and Gavriel enter the town each with their own agenda and a shaky alliance. This will no doubt be popular with the Twilight crowd, but in my opinion it's a better book. Tana is a better heroine by far than vapid Bella. Though of course, there is the now obligatory love triangle between Tana, Aidan and Gavriel, it's not the main event of the story, the danger of Coldtown and the desire for vengeance gives the plot the twist and turns.

Coldtown is a wonderful idea; streamed on the internet and marketed as an eternal party, the town is a magnet for disenchanted youths who are attracted by the glamour and chance to be immortal. The reality is of a lawless and decrepit slum, where humans are enslaved and exploited by vampires. I couldn't help but think the author, Holly Black, was poking fun at Twilight and the recent vogue of vampirism. Sure the vampires are good looking, but like any other bad boy they're only after one thing, your blood. I really enjoyed the descriptions of Coldtown, they give the action of the novel a atmospheric background.

I defiantly see potential for Coldtown to be expanded on in more books. The story of Jameson, who was born in the ghetto would be an interesting read, he's a altruistic Fagin type character, a protector to vulnerable humans. I'd also like to know more about Valentina, Jameson's love interest, who assists Tana and endangers herself to help others. Valentina is also trans, and her inclusion in the novel is to be applauded. It is rare to find characters that are not cisgendered in literature, especially in YA fiction. It is also refreshing that Valentina's gender is mentioned only briefly and is neither her defining character trait, or the impetus for her narrative arc. 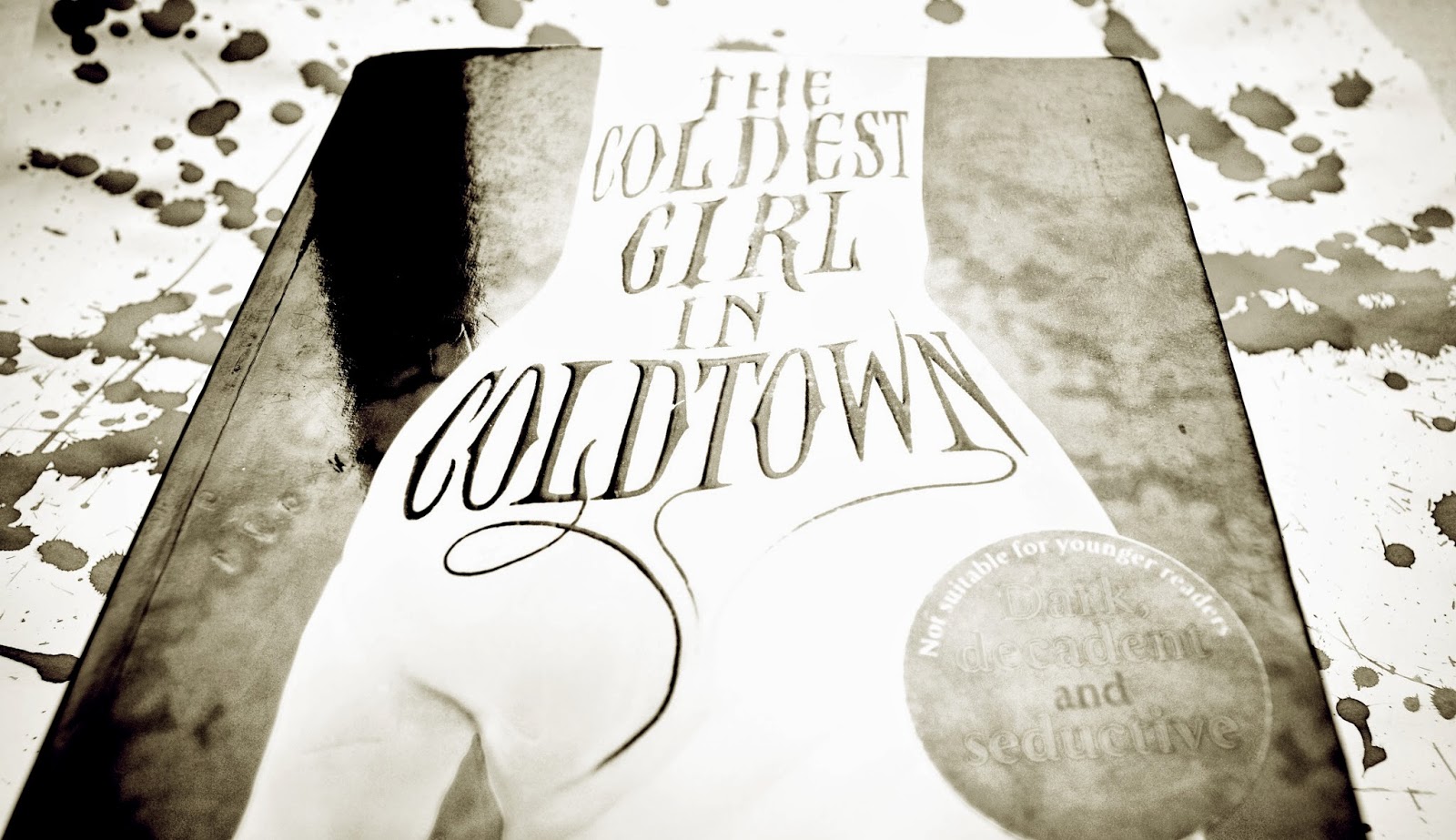 Gavriel is, in my opinion, the weakest character in The Coldest Girl in Coldtown. He wasn't fully developed and his big plot twists weren't particularly surprising.  Also I'm always dubious about old vampires falling in love with teenage girls. I just don't see what they'll have in common, too bigger gap in term of life experience. If I'd lived through last couple of centuries, and witnesses all the major political and social upheavals and the rapid technological and medical advancements, I don't think I'd be attracted to 17 year old who's barely started living. Oops, started to go off on a tangent.

Gavriel and the ethic of human/vampire relationships aside, I'm giving The Coldest Girl in Coldtown a thumbs up. It's the perfect book for your summer holiday, entertaining and an easy read.