Elizabeth Haynes, Into the Darkest Corner

When photographing this book I was quite tempted to find the darkest corner in my house, but then realised that was a daft idea.

Into The Darkest Corner won Amazon Best Book of the Year 2011, but I missed the buzz. I read about in on a blog (sorry can't remember who) recently and thought it sounded worth a try.

Trigger warning: rape, domestic violence, OCD, post-traumatic stress, death, torture, compulsions, crime
The Plot: Catherine is young, bold and up for a good time. Happy to be single, she is is smart enough to realise what a great catch Lee is when she meets him on a night out. Charismatic and good looking Lee has soon won Catherine over, but soon is becomes apparent that Lee is darker and more dangerous than he first seemed. Several years later Catherine is struggling with OCD but otherwise managing to cope, that is until she receives a phone call that puts her into a further tailspin.

Into the Darkest Corner had me feeling stressed and anxious all the way through. Which is all to the credit of the writer, Elizabeth Haynes, the novel is convincing and at times claustrophobic. When Catherine was acting on her OCD compulsions to check and secure her house, I felt trapped along with her. The novel is very good at creating the agitation felt by Catherine, that it began to affect me as well, even though I had no ODC tendencies. So I really want to warn people that this may be uncomfortable reading for them. Also the domestic violence described in the novel is prolonged and graphic.

Both the OCD and domestic violence are scarily realistic. This novel shows how serious and life altering both these issues can be. Lee's control over Catherine happens so gradually, he manipulates and isolates her from all her friends, until she is defenceless. I was wishing for a positive outcome throughout the whole novel. Though the novel is non-liner, with past and present sections alternating the suspense is racked up all the way to the end. 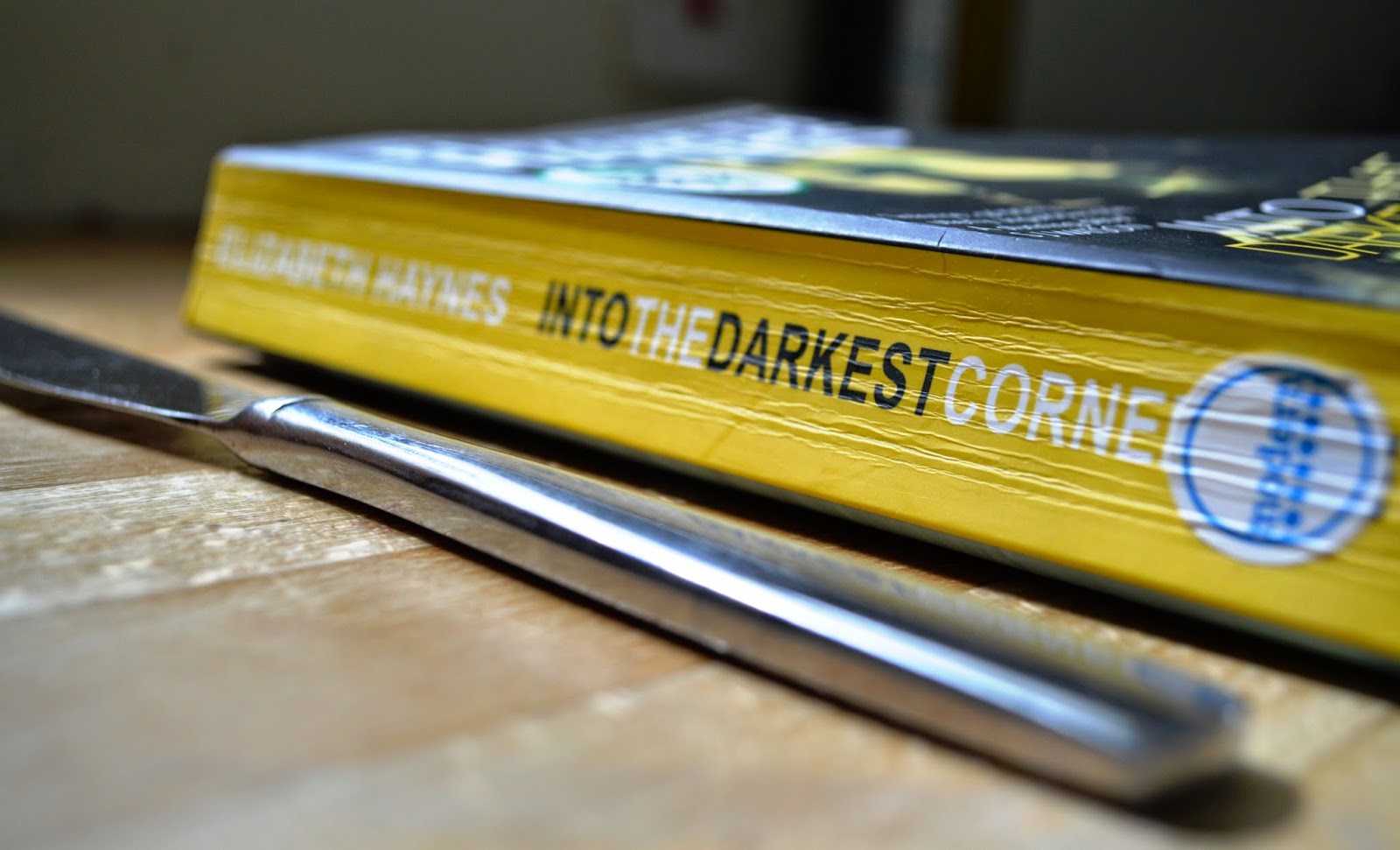 I don't want to spoil the novel by giving too much away. I was gripped all the way through and would say that Into the Darkest Corner compares favourably with Gillian Flynn's Gone Girl (though Gone Girl just scrapes the crown as Amy is such a fantastic creation).