Following on from my post last week (here), here are more first lines that I admire: 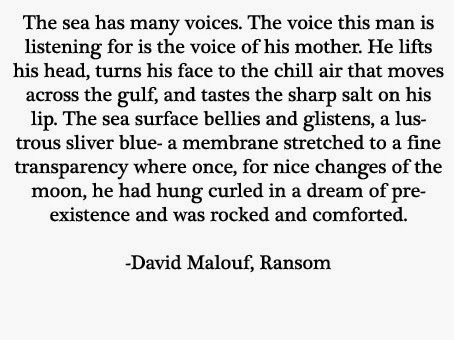 'The sea has many voices. The voice this man is listening for is the voice of his mother. He lifts his head, turns his face to the chill air that moves across the gulf, and tastes the sharp salt on his lip. The sea surface bellies and glistens, a lustrous sliver blue- a membrane stretched to a fine transparency where once, for nice changes of the moon, he had hung curled in a dream of pre-existence and was rocked and comforted.'
-David Malouf, Ransom 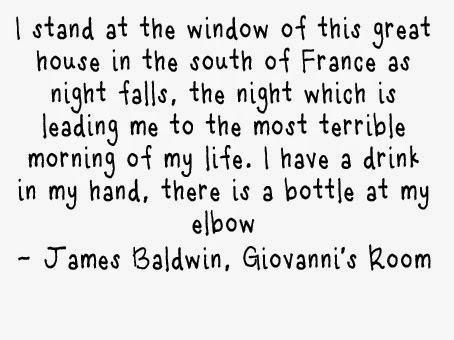 'I stand at the window of this great house in the south of France as night falls, the night which is leading me to the most terrible morning of my life. I have a drink in my hand, there is a bottle at my elbow.' 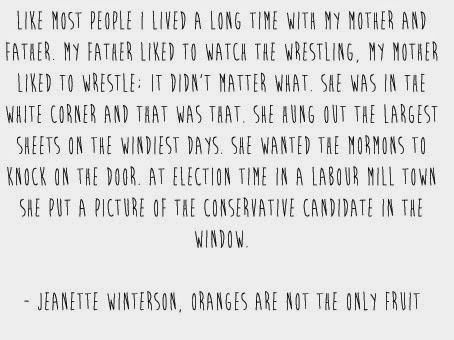 'Like most people I lived a long time with my mother and father. My father liked to watch the wrestling, my mother liked to wrestle; it didn’t matter what. She was in the white corner and that was that. She hung out the largest sheets on the windiest days. She wanted the Mormons to knock on the door. At election time in a Labour mill town she put a picture of the Conservative candidate in the window.' 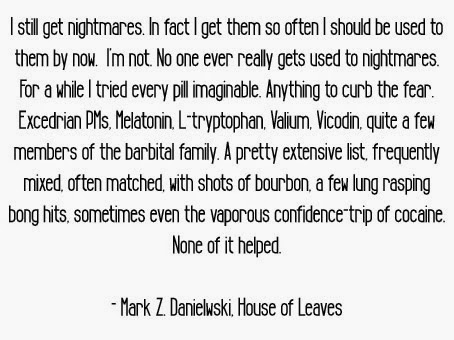 'I still get nightmares. In fact I get them so often I should be used to them by now.  I’m not. No one ever really gets used to nightmares. For a while I tried every pill imaginable. Anything to curb the fear. Excedrian PMs, Melatonin, L-tryptophan, Valium, Vicodin, quite a few members of the barbital family. A pretty extensive list, frequently mixed, often matched, with shots of bourbon, a few lung rasping bong hits, sometimes even the vaporous confidence-trip of cocaine. None of it helped.'