As I mentioned in my review of Robin Hobb's Assassin's Apprentice  I'm looking for a new fantasy saga to get into whilst I wait for the new Game of Thrones (I'm going to have to be patient- it took 10 years between A Feast for Crows and A Dance with Dragons). 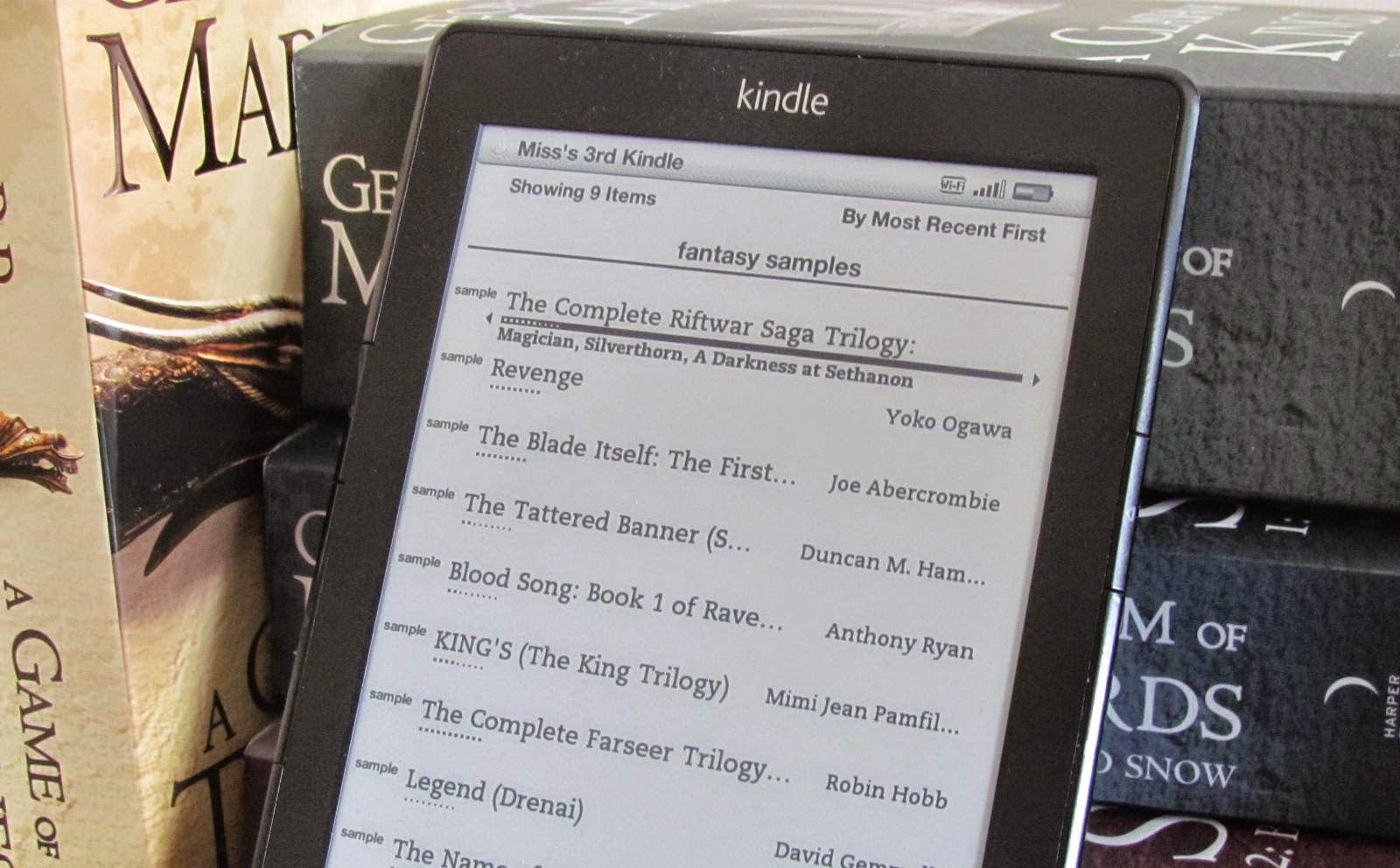 I downloaded a whole bunch of kindle fantasy samples to try, here are my initial impressions:-

1. Joe Abercrombie, The Blade Itself: The First Law: Book One
A standard fantasy saga involving, hero, villains and wizards. What really grabbed my from the off was Inquisitor Glokta, who forces others to speak by deploying the same torture that has left himself crippled. He seems like a fascinating and original character.
(I've ordered it from the library-and am waiting for it come in)

2.  Patrick Rothfuss The Name of The Wind (The Kingkiller Chronicles)
Another novel that appealed to me because of the strength of the main protagonist. Kote is masquerading  as an unremarkable innkeeper, but his origins are a lot more eventful. Plucked from the gutters of the city and trained in magic, Kote becomes a legendary magician, a thief and a slayer of dragons.
(same again- I'm on the library waiting list)

3. Duncan M. Hamilton, The Tattered Banner (Society of the Sword)
I'm a sucker for an underdog. Like Kote in my number 2 top pick, Soren is an orphan scrabbling around for survival, when a chance encounter gives him the opportunity to improve his station and be trained in the art of combat.
(my library doesn't have this one-so I might have to see if it's available from Amazon)

1.Anthony Ryan, Blood Song: Book 1 of Raven's Shadow
The Hope Killer has been defeated and is been brought back to the kingdom in chains. Vaelin Al Sorna has been trained from the age of 10 as a Warrior of the Faith. This sample did intrigue me, but not as much as the first 3 in my list.

Abandoned
This is purely personal preference, but neither of the following grabbed me:-

Of course, all I've read is the first few chapters, so I can't make a full judgement about either of these books, but my initial impressions were not positive. I found book books to be dull, and they didn't excite me in the same way as the others. I struggled to read the full samples.

What I really want is a fantasy series with a female protagonist, has anyone got any suggestions?