The Mangle Street Murders was kindly recommended to me by Tiziana. I'm really grateful for her suggestion, as it turned out to be a really good read, set in  one of my favourite eras, the late 19th Century. 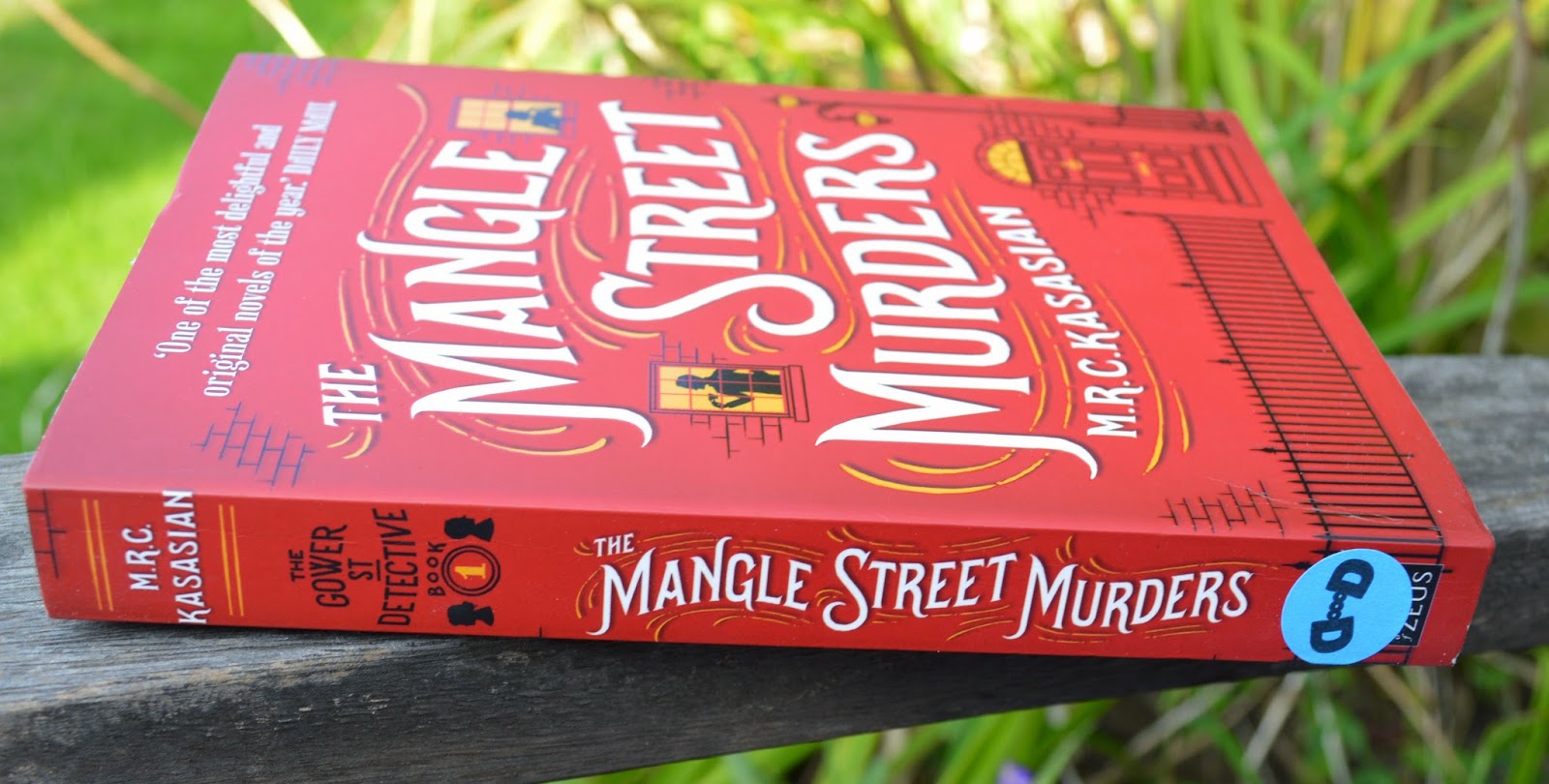 The Plot: Sidney Grice, priggish and pompous, is a 'personal' detective, well-known for solving grisly cases. His ward, March Middleton, recently bereaved and new to London, is determined to assist Grice in his investigation, despite his objections. A young woman has been found stabbed over forty times in her own sitting room, her husband, William Ashby, stands accused of her murder. Grace Dillinger is convinced of her son-in-law's innocence and pleads with Grice to discover the real killer.

I confess I've never read any Sherlock Homes, nor watched any of the tv shows, they have no interest for me. The Mangle Street Murders is touted as a pastiche of Conan Doyle's famous detective, but despite my unfamiliarity with Sherlock I really enjoyed this novel.

Firstly it's hilarious. The clipped, quick-witted dialogue and ongoing jokes tickled me. Grice and Middleton are both well-written characters and their pithy bickering is entertaining. Both characters are caricatures rather than believable portraits, but that sounds the melodramatic, penny dreadful style of the novel.

Grice is nastily brilliant, arrogant and bull-headed but also possessing an analytic mind that can solve crimes far more effectively than the bumbling police. March is also a fantastic creation, it's so rare to have a capable, woman as a detective partner. Usually women in this sort of Victorian novel are silent corpses, rather then the main protagonist and narrator. I really warmed to March, she has an interesting backstory, her dad was a doctor in India and she acted as his surgical assistant. She is also a protofeminist, with a quick wit and a desire for independence. March is integral to the investigation, and is not merely an ornamental sidekick. 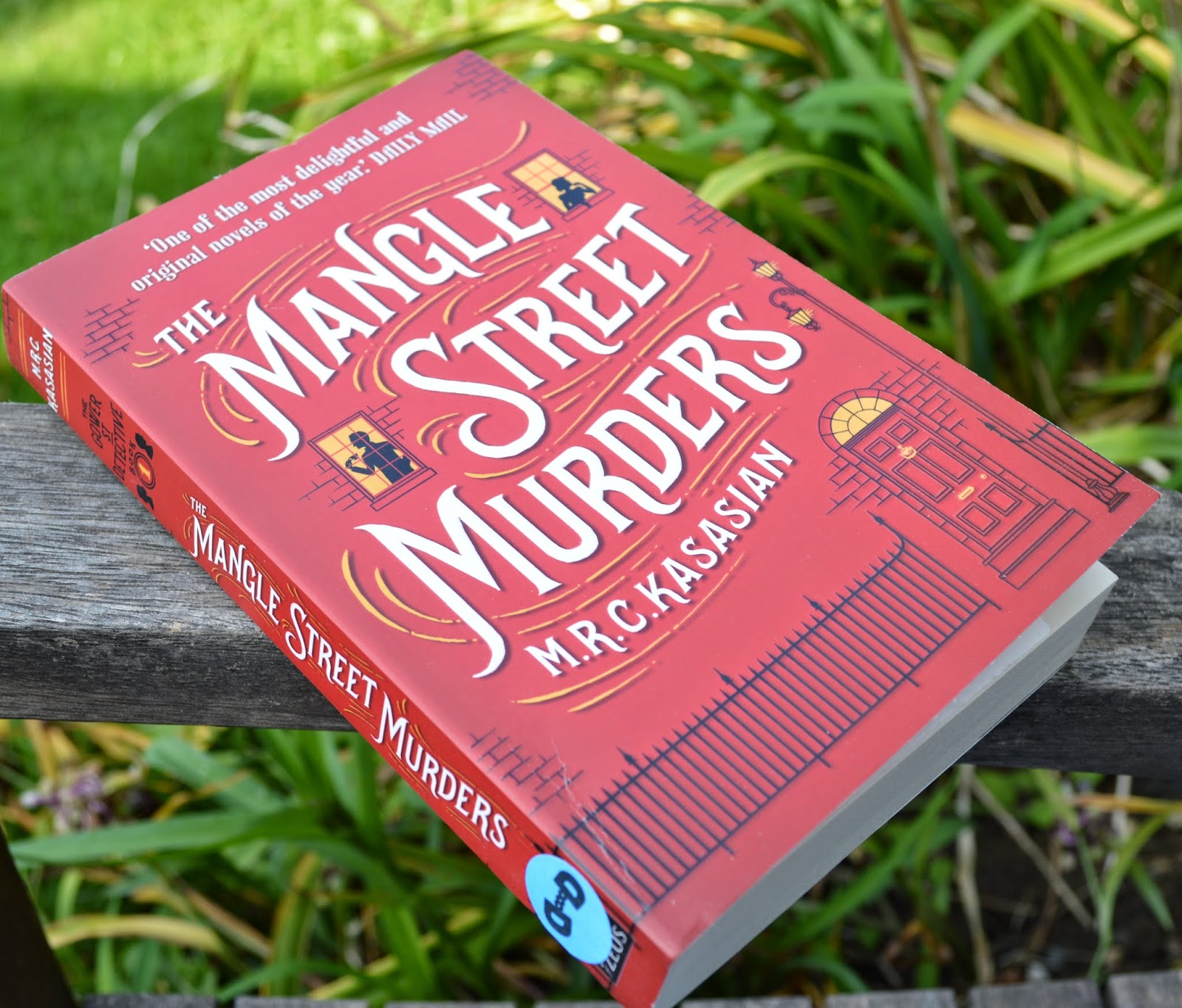 The murder investigation is absorbing, clues are revealed slowly with plenty of twists and re herrings. Grice's powers of deduction are Sherlokian, the significance of seemingly insignificant clues all come together in the end. Though I had my suspicions of who committed the murder, I was made to doubt myself.

Victorian London is a rich setting, and Kasasian manages to do it justice. Grime, poverty and gin all put in an appearance. Out of the smog of the city emerge ragged matchgirls, slums, gambling dens and unusually aggressive horses. London is not just a backdrop in the novel, but a character in itself, and I really enjoyed that aspect of the book.

If you enjoyed this, I'd also recommend Lyndsay Faye Seven for a Secret, set in 19th Century New York it is similarly a historical detective novel. Or maybe, The Welfare of the Dead by Lee Jackson, a crime thriller set in Victorian London.